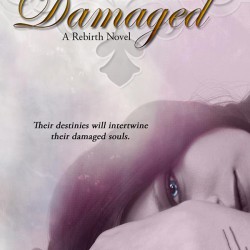 Wow. Okay first off, Melissa approached me and my friend who do a blog, asked us to review two of her books for her a free book in exchange for a honest review, my friend was going to do this one, while I did Melissa's other book Hope(less) (which you should check out after checking this out just saying) ANYWAYS the second book to Hope(less) came out not oh i don't know a little less than a week after i finished Hope(less) (there is point to this i swear) so i read that as soon as i could get my hands on it. Also asked by Melissa for an honest review of that book, but i already bought, but gave it an honest review as i will always do. There is the thing, i have been wondering around looking for another book to read, and i just decided, yes i am going to do this because i loved Melissa's writing style with the other two books but i kept thinking...well i love werewolves and cross species for authors can sometimes be a bit...difficult just if they are use to writing about one its hard to separate yourself from that type of paranormal. So I will admit when i went into this i was a little concerned, I did not know if this was published/written before or after Hope(less) still don't either way. I was a fool for waiting so long.

Quite frankly I would give this book 10 stars out of 5.

So with that all said and done. Here is the thing, this book went from the highest of highs, to the lowest of lows, so I have a couple different songs that i would choose for this book. First off being: "You're All I Have" by Snow Patrol, (going with this theme for a second) "Another Lonely Day" by Ben Harper. These two because of the relationship and also the two MCs separate and together. Other songs for the book just certain points or overall are: "My Love" by Sia, "As Much As I Could Ever" by City and Colour. And lastly a little bit of "Nicest Thing" by Kate Nash for the beginning-ish of the book.

Kay so first thoughts: What a wonderfully beautiful love story. I have never felt so lonely with two MCs then i have ever with them. It was heartbreaking at times to read because i just knew that they would just create magic together, but i could also see and understand the hesitation of Tessa. I could submerge into this story. My sister came into my room while I was curled up around my laptop reading, me and my Kindle, Kale, are arguing at the moment about putting this book on there in other words he is being a bitch and a half. Anyways she looked at me like i was crazy, but i explained, she still thought i was crazy. Eh you win some you lose some, either way as a reader that totally loses themselves into a book I found that i couldn't be pulled out of my feelings for anything. That is not to say that i read this nonstop because i didn't because i am pretty sure i would have died from my emotions. I needed seconds to pace, or you know i am only human, so food is usually needed, and we all know what follows food. Anyways moving on. Read this book. Seriously. Do it. Right now. Go on.

My thoughts on plot: Someone else's review that i read mentioned how this was a love story, and there wasn't a whole lot of action, and its true. This is a story about a girl that needs to find love before her 17th birthday, its sort of like a harsher, backwards, Beauty and the Beast Tale which only made me love it more as i love that fairytale, its my favorite. Belle is the shit...but that is not the point of this review. While i ususally like paranormal stuff because in the midst of falling in llllooovveee there is action going on, i read this really quickly without ever getting bored. I loved almost every moment of it, and if you are a paranormal fan that likes the action there is a bit in here, do i think that should stop you from trying this book out? hell no. I think its worth your time, and you love...what? no you should love it. Anyways here is the thing Tessa needs to find a male to love before she turns 17, and while the curse is sort of glossed over at first there is reason for it, so keep going all is revealed. Secrets are kept from her, and two beings are after her. I say "beings" because the book calls them demons, well Tessa does, but here is the thing its never confirmed by Morik, and I don't know if i want to consider them "demons" per-say.

**First off, I know i have said this about Melissa in my other reviews but if you haven't seen them, here is what i need to say. She has such a beautiful way of writing, I love everyone of her characters from them to being completely different from the last, to the point that the men are amazing, in all ways. At times in all her books the books become slightly character driven which i don't mind at all you can have a kickass plot all you want but if your characters are non-dynamic, and have no real personality then its not worth the read. Melissa makes it worth the read every damn time. So with that said, let me tell you about the characters.

Tessa: Its told through her as first person, I loved her as a MC as i love all Melissa's MCs and thankfully she doesn't fall into the well there are slight differences from this character to a different MC that Melissa wrote about. Tessa is a little bitter, but she does try her best to make everyone happy at the same time. I love that she did try to put everyone before herself, mostly because no i am not gloating, i am like that most of times, but in the end she does try to find solutions to her problems. She is smart, she is compassionate, and when needs be stands up for herself. Her courage might be lacking when it comes to asking those hard questions, its real, its one of those things where no one wants to do it, but in the end when you need answers you do it, which she did. I really liked her, but she was stubbornly silly at times and i just wanted to yell at her, but i did see where she would think one way verses another. For a girl who can see her future with every guy she touches, she is suddenly throw into a situation where she is in the same boat as the rest of us, and playing the guessing game, this book artfully shows that sometimes its worth taking the risk even if you fail.

Morik: Okay i need to complain just for a moment: Melissa, what the hell are you trying to do to me Woman? Everyone MC boy she writes about becomes my new love, and i realize that i might never find my love and my heart breaks, then i hope i will find someone slightly as amazing as these guys are. So Morik, I never thought that he was evil, i couldn't see it. And that one of the things that i really like about Melissa's gents, they all share that same trait of well, you have to watch them, and you can see how much they care. They even say the most loveliest things too. Like some of my all time favorite things Morik says are:

“I protect what is mine. What I like comes second to your safety.”

“I don’t know what you want from me,” I whispered. He bent close, his lips a breath away from my own. “A kiss.”

One more because i can't resist!

this is from Tessa to Morik

“I’m so glad you found me. I didn’t know it then, but I know it know. That was one of the best moments of my life. It always will be.”

Anyways so more about Morik: Now he is your average, horned, elven earred, tall, dark, being with the an odd personality. He is sort of quiet, but since he is not native-ly human he watches, and asks about normal things for us. But he blends well, he is that silent, awesome types. He is really hard to explain, he is just... well almost perfect. Protective, possessive, but not in an overbearing way. He is charming, and sexy. And and and and yes i am in love.

Lately I have been only talking about the MCs of the books, like the girl and guy, but i wanna talk about Beatriz for a second because she was amazing. Sure she is a little quiet at the beginning but she gets a bigger part at the end and i totally love her, funny, strong, sarcastic, the perfect best friend, right? ;)

*oh again one last thing and i have said this about Melissa's work before, but if you are looking at this and see its "Young Adult" I don't think that should make you turn away either because the writing in this, and the characters don't really scream normal stereo-typical YA, granted no sex, but the characters are all very mature, and its totally awesome